The website of late author Noboru Yamaguchi's alternate-world fantasy light novel series Zero no Tsukaima (The Familiar of Zero) announced on Wednesday that MF Bunko J will publish the series' 21st of 22 planned volumes on February 25, 2016. It will be the first novel in the series in five years since the 20th volume's release in February 2011.
The announcement did not reveal the name of the author writing the new volume, but it did state that the volume will also be published outside Japan simultaneously (although not necessarily in English). The website also revealed the new volume's cover art of the heroine Louise, illustrated by returning artist Eiji Usatsuka: 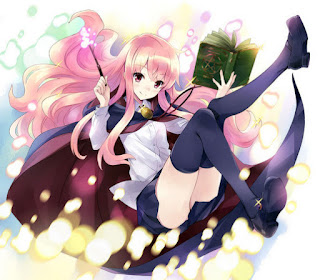